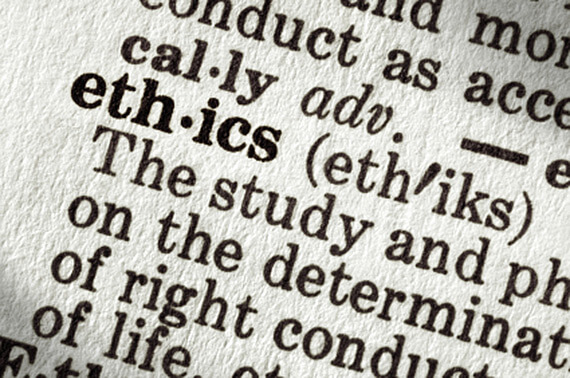 An important consideration in engineering is ethics. Whether it is a product or a manufacturing process, there are ethical decisions to be made. How many safeguards does the process need to have? How safe does the product need to be? Can the product contain a toxic material because it is cheaper than the alternative?

Many times, guidelines from powerful organizations, such as OSHA, are available that enforce ethical decisions and to what degree they are to be enforced. Without these powerful organizations there would be little incentive for companies to develop enhanced safety features, other than normal market competition. Certainly the market could use safety features as a competitive advantage, and that does exist, but without harsh protocols and penalties, it is hard to believe that safety features would be implemented as readily as they are today. The reason is simply this: developing and implementing safety features costs money and creates many engineering problems that require solving, such as what feature is to be made, where to install it, and how effective it is. A company has little incentive to self-impose higher costs. Business decisions are made based on needs and profits; if there is no “need” for a feature and it costs more to implement, then there is no reason for it to exist. Safety protocols and laws provide the need in many cases.

Is it ethical to design a product or process just up to the line of acceptable? Quite simply, no. Now, it is one thing to unknowingly make an ethical mistake. That is understandable if not condonable as long as mistakes are learned from and future decisions utilize the lesson. However, if you purposefully disregard safety because laws don’t require it and you are aware of the dangers, that is ethically wrong. If you find it hard to believe that this actually happens, what if I told you that automakers in Brazil use inferior safety measures on purpose to increase profits, which leads to death rate many times higher than the US? According to an article on Manufacturing Net, “An engineer for a major U.S. automaker, speaking only on condition of anonymity for fear of losing his job, said he has watched for years as his company failed to implement more advanced safety features in Brazil, simply because the law did not require them.” The article displays several figures such as death rates and safety grade comparisons that are all very convincing. People in Brazil are not less important than people in the United States, so why do their cars not have the same safety capabilities as ours? Because their laws don’t require it. Very few people would think this is morally or ethically correct.

Why would people knowingly do this? The best answer I can come up with is this: corporations are not people. Corporations don’t get indicted for murder and manslaughter, only people do. Corporations need only follow regulations, and if they don’t they get fined and receive sanctions. Sometimes an executive is forced to step down. Losing your job is one thing, but they often aren’t arrested for their conduct or face lengthy jail sentences. If a person is caught dumping toxic chemicals into a river, he is arrested and probably charged with multiple felonies. If a corporation does it, the managers and executives don’t get charged with any crimes even though they are directly responsible for it much like the lone perpetrator is. Developers and decision-makers in companies only need to hide behind their corporation to not take blame. Many times these decisions are made just to make a slightly higher profit margin. This is why OSHA and other regulatory agencies exist. Regulations are a good way to help fix the problem, but they aren’t the ultimate answer for this. There are always going to be jurisdiction restrictions and loopholes; OSHA’s jurisdiction doesn’t span the globe, after all.

Corporations need to do what is ethically correct, not just what they are required to do. A life is a life and money should not be used as a reason to endanger people. If you wouldn’t do it personally, your company shouldn’t do it either.